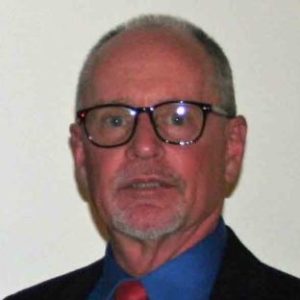 Anybody else spend at least a portion of their weekend watching the 24 hours of Daytona? I managed to catch the last 4 hours and boy was I glad I did. Wow, What a finish! After more than 23 hours of racing, through darkness and rain, the top 7 cars in the GTLM class are separated by less than 10 seconds and racing as hard as they can for the win. Meanwhile in the prototype class a controversial pass for the lead in the final moments resulted in a win for Wayne Taylor Racing and the first 24-hour win for drivers Ricky and Jordon Taylor (and some NASCAR has-been named Gordon). Most of these same teams and drivers will be racing at Road America the first weekend in August, an event for which Chicago Region provides staffing. Between IMSA, IndyCar and Trans Am I firmly believe professional road racing in this country has never been more competitive or entertaining. The 24-hours signifies we are more than halfway through the off-season and spring will soon be here. Can you believe it’s just 7 weeks until the CenDiv Spring Training? Of course we have things going on before then. In just a couple weeks, on Feb. 18 is the region’s annual Checkered Flag banquet, once again held at Lake Forest Sportscars. Have you registered yet? If not I suggest you do; it’s an event and location you don’t want to miss. The week after the banquet is the Race & Performance Expo at the Schaumburg Convention Center. We have a booth to introduce people to the SCCA and Chicago Region. We could use your help staffing the booth. If you can spare 3-4 hours on either Saturday or Sunday, Feb. 25-26 it would be greatly appreciated. And you get free admission to the show. Let Claire Ball know if you can give a few hours to the club.

Region of the Year – The SCCA National Convention was last week and Chicago Region was well represented, with at least 8 members attending, including 2 “Young Ascenders” as Topeka refers to up-and-coming volunteers. Dylan Hauge and Anthony Serrecchia, who are involved in Solo and PDX got a lot out of the trip and brought back a lot of ideas and enthusiasm. The first day of the convention included a real surprise and an honor for Chicago Region. Our region was named Region of the Year in the jumbo region category, something that hasn’t happened for a long, long time, if ever (nobody seems to remember. If you know, please let me know).

There’s plenty going on between now and the start of the competition season – read about the events coming up elsewhere in this newsletter. Choose which you want to attend and make you plans now. A couple that I have on my radar include the March and April member’s gatherings. In March we are visiting one of the premier race car prep shops in the Chicago area, Black Dog Speed Shop. We’ll tour the facility, see the race cars and hear about their operation and history. It’ll be interesting and informative for sure. Then in April we have a special guest speaker, Bert Levy, author of The Last Open Road and other books covering the history of road racing in the U.S. and Europe. They are informative, humorous and entertaining reads. At that meeting we’ll also have Paul Zimmerman from Motorsports Collector on hand. I’m sure Paul will be bringing some of his racing memorabilia for display and sale. Don’t miss this one!

Hang in there – the 2017 season is getting close, and we’ve got plenty of racing-related activities to inform and entertain us until the tracks open. Until then –

See you at the races!